The latest innovation in the FT700 Power Cage with Magnetic braking system is that it can now be linked to the Ballistic Measurement System Software to control the level of braking. 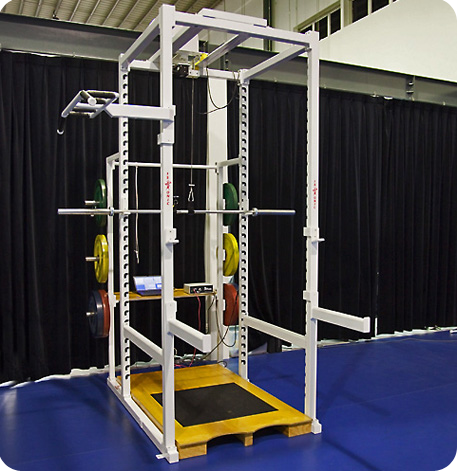 The advantage is that the brake can be activated from the top of the flight to slow the bar until landing, reducing the momentum developed and thus the stress on the athlete. As soon as they touch down in a jump or catch the bar in a throw, the brake releases to allow them to perform a normal stretch shortening cycle movement.

See a video demonstration below.

The Magnetic Braking Unit is quite unique in that the impact of landing and impulse that must be absorbed eccentrically can be controlled and even totally eliminated. The impetus for developing the braking system was research (*Humphries et al 1994 International Journal of Sports Medicine) which reported the impact of landing from a weighted jump squat was several times body weight and had the potential to cause injury. It has also been anecdotally reported that training using ballistic movements caused muscle damage in athletes not accustomed due to the high eccentric loading. This research also demonstrated that the braking system will greatly reduce the landing impact and eccentric load by as more than 60%*.

See video below for a demonstration